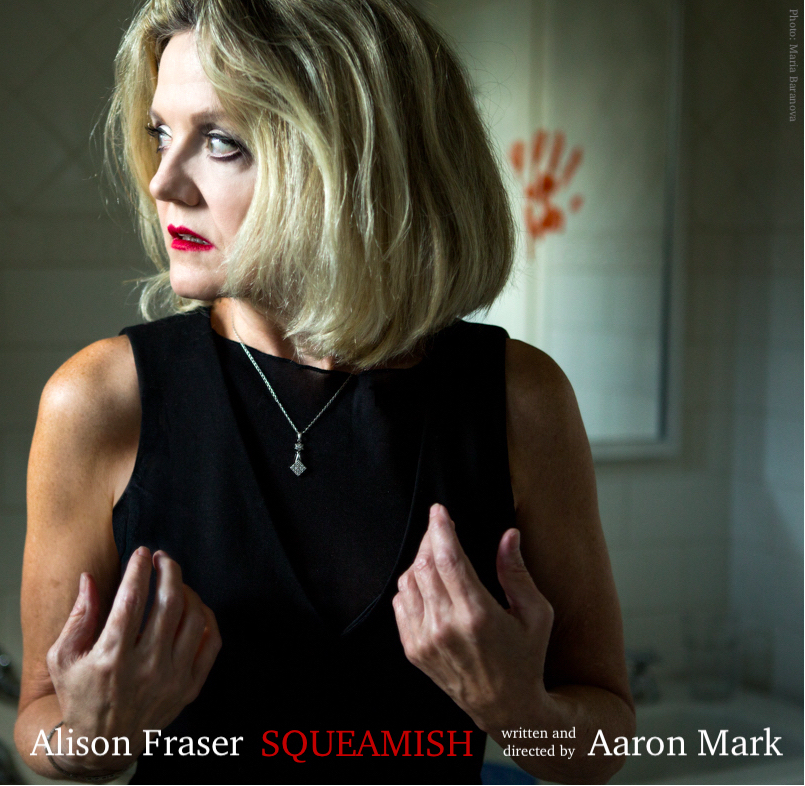 SQUEAMISH is an Urban Neurotic’s Southern Gothic Nightmare tale of an Upper West Side shrink, a longtime recovering alcoholic and world-class hemophobe (fear of blood), who finds herself in her native South Plains of Texas, off her psychotropic drugs, off caffeine and anything else “unnatural”, after her nephew’s sudden death…face-to-face with her own bloody phobias.

The audioplay of SQUEAMISH was recorded at PPI Recording Studio in NYC in 2018; original music for this 2020 release written and produced by Allison Leyton-Brown; mixed and mastered by Angie Teo; cover photo by Maria Baranova for the play’s 2017 world premiere production Off-Broadway produced by All For One Theatre; cameo by Abby Weston. SQUEAMISH is published by Dramatists Play Service.